We’re over the moon about the recent recognition the brewery’s received with these honorable awards from 2021 and 2020 craft beer competitions! 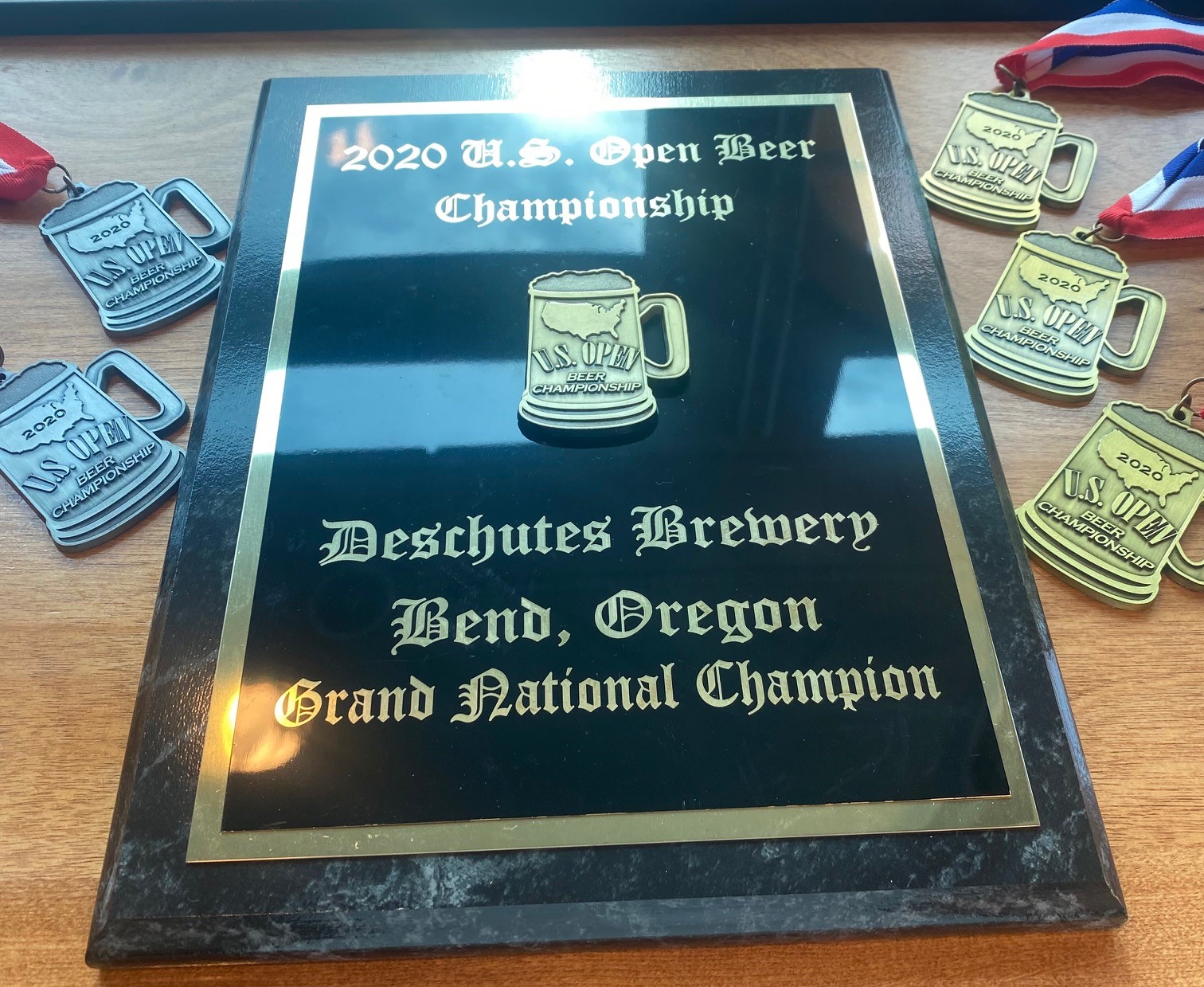 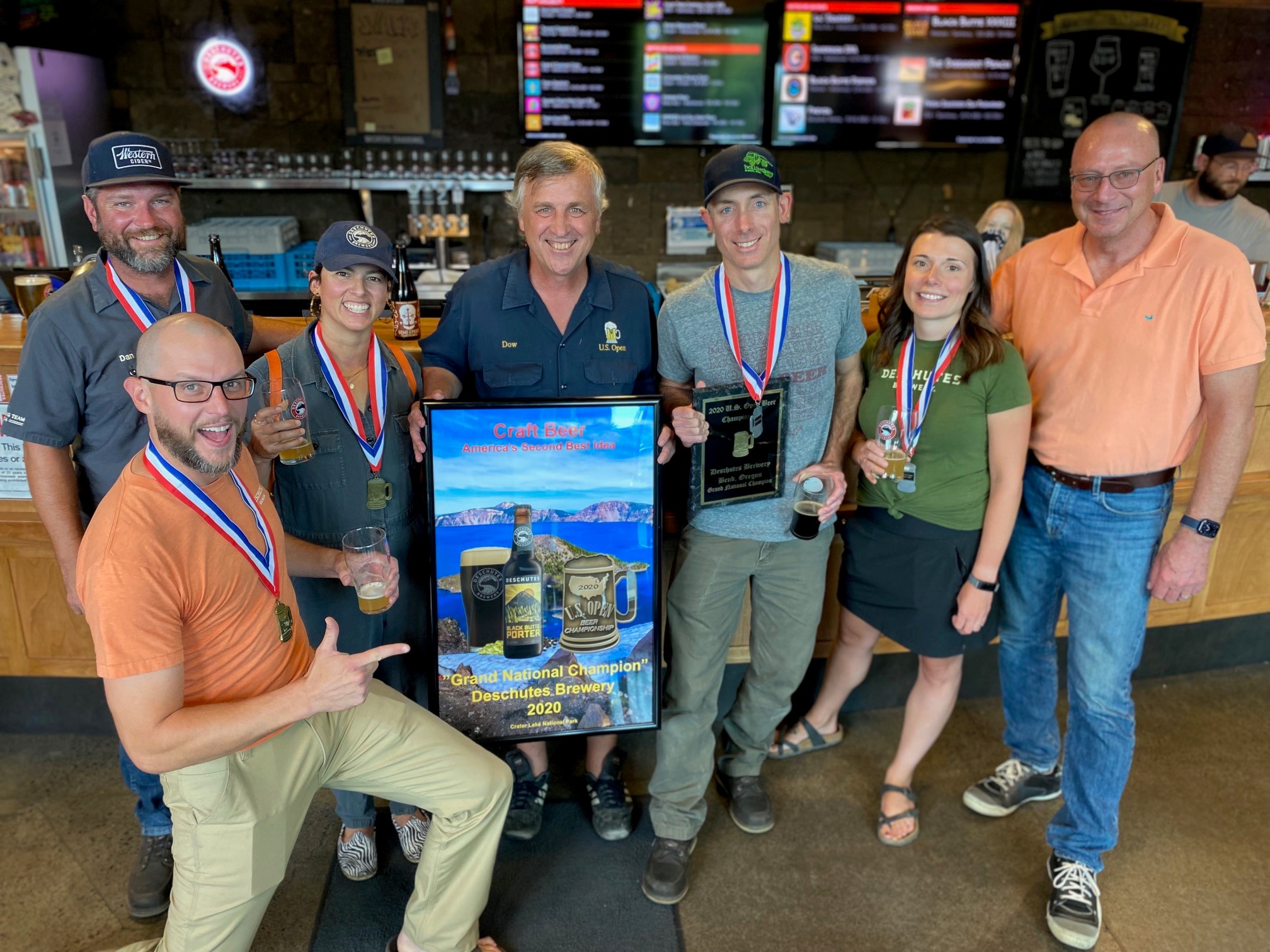 Deschutes was honored with Grand Champion at the U.S. Open Beer Championship. The competition’s founder, Dow Scoggins traveled all the way across the country to the brewery to hand deliver the awards and let us know this amazing fact: Deschutes is the first brewery to win Grand Champion more than once, and this is the 3rd time we’ve received these honors!

In addition, Lil’ Squeezy, Home at Port, and Wowza won GOLD and The Ages and Obsidian Stout both brought home the silver.

The Ages was a Country Winner at the 2020 World Beer Awards and Bend Pub exclusive Roucho Marx and Obsidian Stout won silvers.

In the Best of Craft Beer Awards Black Mirror received GOLD and another for Roucho Marx, receiving a bronze.

Blue Butterfly won gold at a global level at the European Beer Star Competition and silver at the Brussels Beer Challenge.

Oregon Beer Awards in 2020 recognized Home at Port with a GOLD medal!