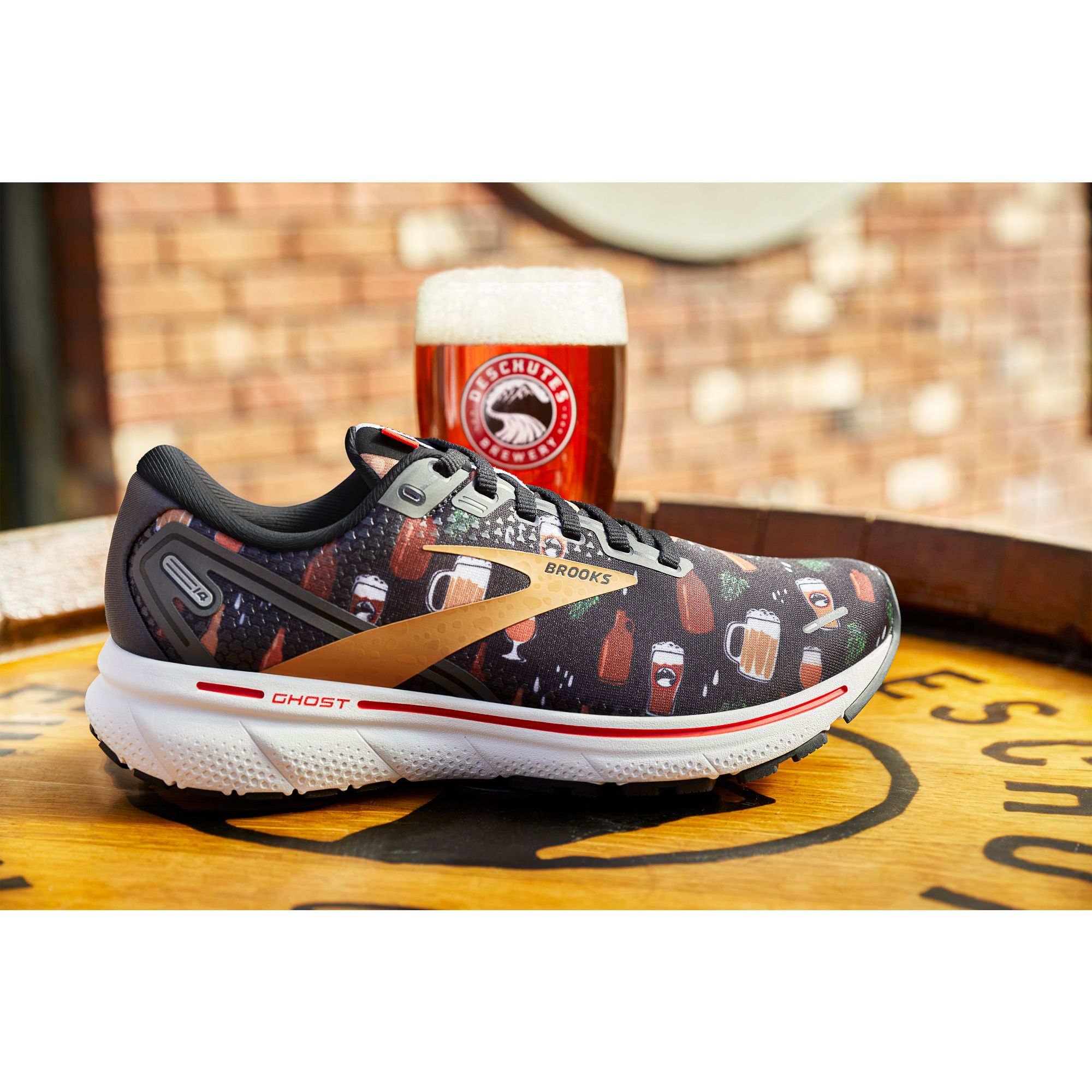 Today running gear goes way beyond sports stores and road races and extends to the coveted reward of a post-event craft beer. In celebration of the special bond between beer and runners, Brooks Running, crafters the worlds’ top performance footwear, apparel, run bras and accessories tapped Deschutes Brewery, born and raised in the hop homeland of the Pacific Northwest to launch the “Run Hoppy Collection.” Playing off of the Brooks Run Happy motto, this collection features a limited-edition Deschutes branded “beer shoe” as well as Run Hoppy apparel for runners to rep their favorite post-run reward.

In honor of the top appreciated craft beer style India Pale Ale, the Run Hoppy Collection will release to select boutique running stores across the U.S. and online. Additionally, Deschutes will simultaneously release Run Hoppy Golden IPA at their Bend and Portland pubs and Tasting Room to share with the running community and friends.

“We know that many runners cap off a good run with a refreshing, cold beer, especially at this time of year,” said Brooks Running SVP, CMO Melanie Allen. “This collection celebrates that running tradition and gives runners and beer drinkers new gear to inspire them to run all summer long. We’re proud to collaborate with Deschutes Brewery, a brand with deep roots in craft beer and the outdoors which, like Brooks, also believes in promoting a balanced and active lifestyle.”

“There isn't anything better than a great craft beer after a run out in the scenic outdoors of the Pacific Northwest and this collaboration with Brooks perfectly captures the spirit of that lifestyle,” said Neal Stewart, VP of Sales & Marketing for Deschutes. “As one of the original PNW craft breweries, we're extremely excited and proud to partner with an iconic brand like Brooks who shares the value of a balanced lifestyle for their employees and running community."

The Run Hoppy beer was created by runners, for runners as the Brooks Running community helped create the recipe for a limited-edition craft beer. Deschutes surveyed runners to learn what they want in a refreshing, post-run beer. Keeping the alcohol content low was top of mind, so Deschutes crafted a balanced Golden IPA at 5.5% ABV. Knowing how important carbs are for running, the brewery utilized classic English Golden Ale malt varieties to provide the backbone, with notes of biscuit, cracker, and a hint of honey. Run Hoppy IPA utilizes numerous hop additions for big Centennial, Amarillo and Citra hop flavor and aroma with lower and balanced bitterness.
Follow this link to find the Brooks Beer Shoe and Run Hoppy apparel near you here! Hoppy. Run Hoppy IPA is currently on draft at the Deschutes Brewery pubs and Tasting Room in Bend, Oregon.