Should I Care About IBU's? 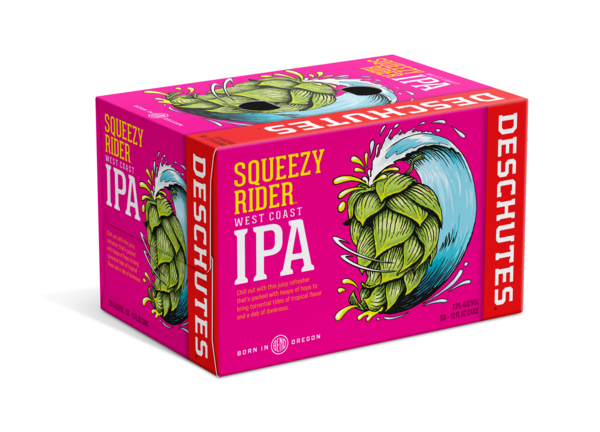 Big tropical fruit aroma, light dank, and melon paired with clean, light malt character. Hop and yeast-driven fruity sweetness balanced with a bitterness that is laid back, leaving you care-less about IBU's. It has been percolating. A quiet, mild irritation. I noticed it a about a year and a half ago, but what is time? In creating a new beer and agreeing on specifications for the label the debates would begin. Do IBUS’ even matter anymore, does anyone care?

We have always put out specifications on the packaging. This made perfect sense for many years. Partly it was a way to share a language around this thing we love (craft beer) along with our customers. It was a talking point, a way to grasp at the answer to the individual question of what kind of beers do you like? It was a homing device, narrowing down your choice in beers when faced with something as overwhelming as a 27 beer tap list.

I get it. I worked the restaurant industry for many years and found joy in moments when I could guide a customer to a new wine, for example. The questions would be- what do you like in a wine, or what are examples of your favorite wines? Then the mental interpretive dance resulted in a recommendation based on a few crumbs of guidance. The payback was when you observe the guest take that first sip, smile in return and say- yes that’s exactly what I wanted.

So, it goes with IBU’s. If you know you like beers below 80 (pretty bitter) then that is a firm pass on a 90 IBU Imperial IPA.

From a brewing process side of things, where and when hops are added has evolved. We have been known to do silly things. There was once a product called treber powder which was thrown into the mashtun (insert facepalm emoji). It was perfect for lodging tiny floaty specs of itself into brewers’ throats despite the PPE and causing the type of sneezy cough that makes one want to scratch their face off. I personally can’t recall it adding much more value. To oversimplify and generalize, in IPA’s hops have moved from the brewhouse vessels (which are hot) to the fermentation vessels which are cooler. This has an effect on IBU’s.

Hang with me here: Hops plus heat equal iso-alpha acids, a chemical compound which can be measured by a standard lab method.  Briana our talented lab analyst says the beer is 80 IBU’s per a fancy method and calculation -you taste it and say, yeah that sounds about right.

Hops plus cool-ish fermentation temps equals a bunch of hop flavor and some recognized bitterness. We like to call that perceived bitterness to be fancy. It does not produce iso-alpha acids to the extent that was described above. You with me?

Bottom line- the method and the math can’t spit out a number that makes sense to use from a “bitterness experience” standpoint with beers hopped on the cold side. An IPA with 5 pounds of hops per barrel (a lot) on the cool side with taste hoppy AF but with a stated IBU of 35 it may seem a bit whimpy.

So now we can return to debating the importance of IBU’s on the packaging. I invite you into the chat room of the brewery when we were developing Squeezy Rider, our newest IPA.


Veronica: We have some wires crossed on the IBU spec for Squeezy Rider for the label. Pilot IBU’s were 37-42. Should we adjust this to 45 on package? Or do you want me to fight for no IBU’s on package? I kinda want to say IBU’s don’t matter for this one. Do they?

Scott: If you are asking me if IBU’s matter in the brewhouse I think IBU data for all brands is valuable as a tool to maintain consistency.

Briana: Honestly, they really do from a quality standpoint, and raw materials management. It's a marker for both consistency and process efficiency. It's just one more data point that can paint the bigger picture to what's going on in the brew house and cellars rather than describing exactly how hoppy a beer is. Perceived bitterness is a whole other ball game...

Scott: But if you are asking if they matter on a label-I think that is debatable by style.

Robin: IBU’s on my pub batch were 40.I’ve heard some grumblings that the IBU’s are too low for a true West Coast IPA, so my vote would be to leave them off, so people don’t get hung up on that.

Scott: If our customers care about IBU’s then my vote is to put them on the package. If they don’t, then it would be fun to try leaving them off and see what feedback we get. If we don’t know if our customer cares about IBU’s then I would vote for including them since it’s a West Coast IPA and not a hazy IPA.

Veronica: Which makes it even more complicated cause it’s a West Coast but hopped like a hazy. What do people in the tasting room say?

Lindsay: Some people are still arriving at the "What the heck is an IBU?" party.  ​We get that question A LOT, followed by, "so. . .are higher or lower IBUs more bitter?"  ​I agree that IBUs don't matter as much as they did, especially since we seem to be out of the "let me assert my dominance by drinking the most bitter beer you can possibly imagine" phase of craft beer.

Briana: I agree it's really only a trophy for those beers and those people that really enjoy those DIIPAs or IPAs that pack a punch. I almost wish there was a bitterness sliding scale based on sensory panel and tasting rather than IBUs.

Lindsay: Or, alternately, people see the 40 IBU listing and try it (expecting a Pale, maybe?) and get walloped. I love the idea of a sliding scale on the label as opposed to just an IBU #.

Scott: The problem becomes lack of a standard though. We can do a sliding scale and I agree that has potential to be useful and a cool thing on the label, but it would be a system unique to our brewery. If IBU's are considered an important trait for a particular beer style, then I think there is value in having a consistent system that applies to all breweries (which is what we have with IBU's)

Briana: At this point, what's the harm in being unique? Especially if the industry discussion has been that these IBU numbers are sort of worthless since the test itself wasn't really designed for the styles of beers we make these days. What about hazy's. The nature of those damn beer’s messes with that test.  ​And some breweries are only putting theoretical values on their labels. And we know those numbers, especially when we scale up from R&D to production, aren't always accurate.

Briana: Most want to compare ABV and the cost of the six pack over the IBUs. And fans of bitter beer might read the label to see if it was dry hopped or not.

Scott: I think you could get away with not listing an analytical IBU value on all styles of beer so long as there were some easily understandable descriptors of the beer as part of the label design. "Bold, hoppy, assertive bitterness" or "juicy, soft bitterness, exhilarating hop aroma" stuff like this so the person knows what they are getting into.

Lindsay: Perhaps a beer like Squeezy Rider offers an opportunity to talk about the ways hop character surfaces in a beer (i.e. IBUs, but also--lower IBUs, still-hoppy taste; aroma, etc.). But this works only if the customer wants to talk about it. Some folks know what they'll like, and they base their decisions on that dang IBU number. In that sense, I agree with y'all that the IBU might not be useful on a menu or a label.

Scott: People like being helped with describing what they are drinking so I think it would be easy for someone to transition from describing a beer as X IBU's to simple hop/bitterness/malt/etc. descriptors. If the label just says things like "capturing the last rays of sunshine from the summer solstice" then it's hard to know WTF you are buying.

Kyle: I'm in the no IBU camp forever and always.

What say you? Are IBU’s important to you? This question is best pondered over a cold Squeezy Rider IPA.