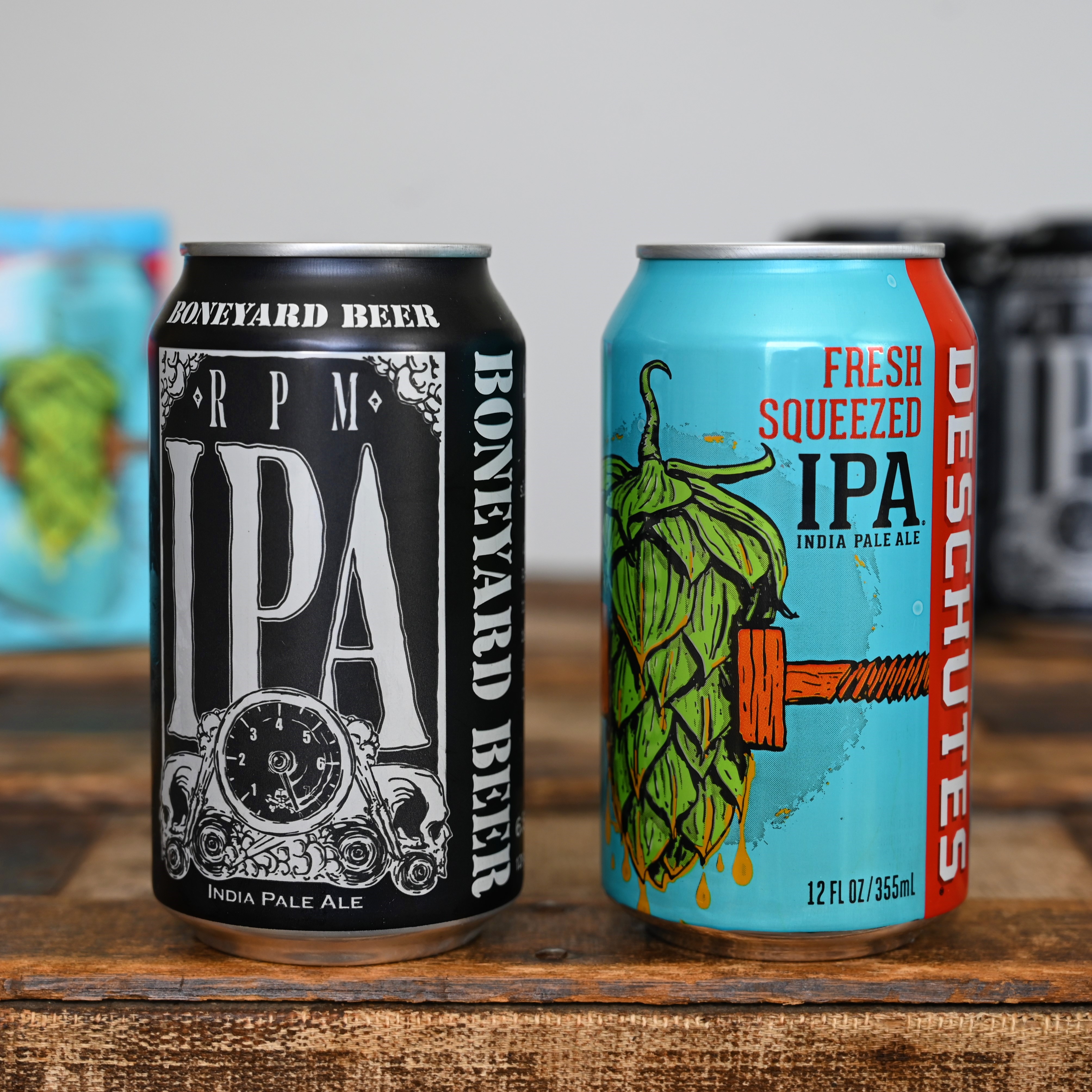 Yep, you read that right! We are so stoked to announce that Deschutes Brewery and Boneyard Beer are partnering up to keep pushing the possibilities of craft brewing. We’ve known the Boneyard folks forever--Tony, the founder, started with us back in the day--and we’ve long talked about joining forces. Well, now we’ve done it! Boneyard Beer is a PNW brewery also from Bend, OR established in 2010 by Deschutes Alumni Tony Lawrence. Best known for their amazing IPA like RPM, Boneyard has been primarily a draft brewery until recently when they began producing 12oz, 6-pack cans throughout Oregon.

As a 21-year-old snowboarder looking for a job, Tony wandered into the Deschutes Pub in Bend in the late 80s and he was hooked. In the next twelve years he soaked up everything he could learn about the art of making great beer, before setting off on his own adventure. “I cut my teeth at Deschutes and it’s still a home of sorts,” said Lawrence who founded Boneyard in 2010. “It was an integral part of my personal and professional journey. My experience as a young snowboard transplant falling into the Deschutes orbit was amazing. It gave me a direction to follow and an opportunity in both Bend and craft beer. To combine forces with Deschutes in Bend and explore what Boneyard is capable of is simply a dream come true.”

This is a truly unique, one of a kind, Bend-based, local-to-local, craft-to-craft partnership. Tony and Deschutes Founder, Gary Fish, will reunite after 30 years to bring together two of Oregon’s most iconic and award-winning breweries. “Gary was a great boss and a great mentor,” Lawrence says. “To be with him again is a real kick. Back in the day, he gave me all the responsibility I could handle and never doubted my efforts or my ability. And now, with this new partnership, he’s really looking for us to be us--to bring that Boneyard culture and attitude to everything we do.” 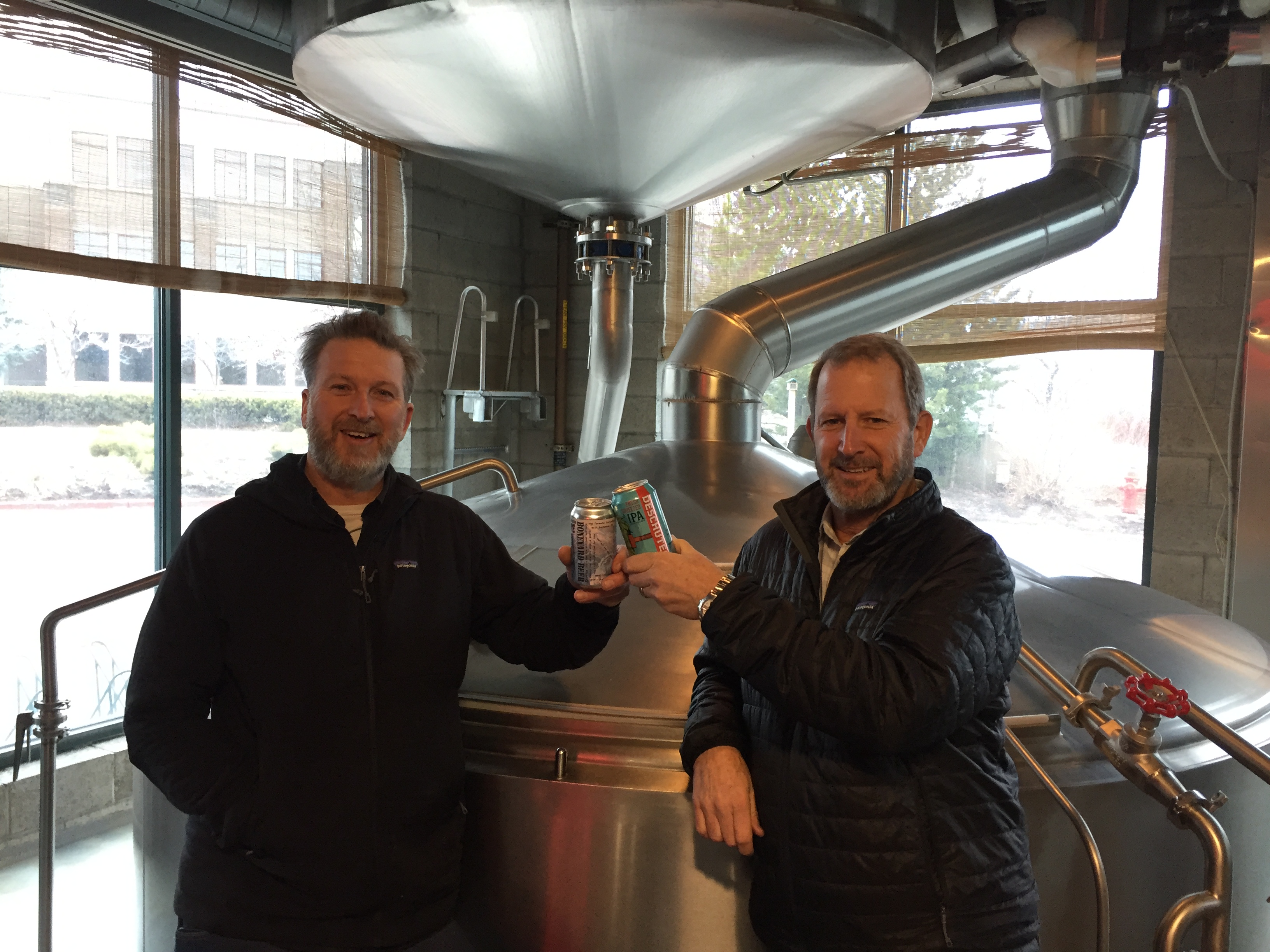 Boneyard and Deschutes share a simple passion at their core: make great beer. And that is exactly what this new partnership is about. Working with Deschutes, Boneyard can get its beloved beers into the hands of more and more Boneheads up and down the West Coast. And Boneyard will now have the space and resources to continue innovating and experimenting with new ideas and new recipes, with Tony at helm.

“I look at what Tony’s doing at Boneyard,” says Gary Fish, “and I just think, ‘Hell yes.’ He’s not sitting back. He’s pushing craft beer. We share that same DNA and I can’t wait to get working with him again.” One of the most significant aspects of this deal for Gary is that both brands will retain their separate identities, continuing to do what they do best. For Lawrence, he’s looking forward to redirecting some of his attention from the boardroom to the brewhouse. “I whole-heartedly believe we can do great things together; we have respect for our roots and we’re proud of our journey, but that journey is far from over.”

So how awesome is this: Deschutes and Boneyard, two independently owned and independently-minded breweries from the same small town, two storied innovators of craft beer, coming together to make each other--and the whole beer scene--stronger, better and tastier. That’s a partnership you can raise a glass to!